Intro: I’m Stuart Ayling and in this episode of Vectis Q&A I’m once again speaking with Dave Jenyns who is founder of systemHUB and creator of SYSTEMology. In this episode we’re going to be looking at the sometimes tricky issue of how do you have systems within a business yet still encourage creativity.

Stuart: I’m Stuart Ayling and at the moment I’m speaking with Dave Jenyns and Dave is the founder of systemHUB and systemology and his focus is on helping business owners step out of the daily operations of their business, and he does that through a process he’s developed to quickly and easily systematize a business and duplicate best practice. So thanks for speaking with me Dave, I look forward to it.

Dave: Pleasure, thank you for the invite.

Stuart: That’s OK, look we’ve got a couple of topics to cover at the moment around the idea of maintaining creativity within a business whilst implementing or using business systems. And I just like to ask you this to get started, if the system creates consistency and you know like a best practice approach within the business, doesn’t that sort of stifle the whole idea of innovation and creativity, coming up with ways of doing things. Explain that?

Dave: I love this question because I see it is a big myth around systemisation that it removes creativity and opportunity, when actually I feel like it does the complete opposite. It create space which allows to team members, business owners to be more creative and take advantage of opportunity.

So there are certain things that need to happen in business, you know whether that’s invoicing a client, whether that’s the way that you set up a project to deliver your core product or service, maybe it’s a follow-up process, maybe it’s the way that you generate leads. There are certain functions that need to happen for your business to go smoothly and if you’re having to reinvent the wheel every single time you’re trying to do one of those tasks or there’s not a clear framework or process outlined for that you’re chewing up your decision making energy.

So if you imagine there’s a limited amount of decision-making power that you have in a day where you get to do your best work and if you’re spending time solving little things or you know thinking, ahh did I invoice that client, or do I have to chase that person up. If you don’t have the systems and processes in place you spend all of your time in the minutiae of looking after these small trivial things that could be very well easily handled with a good system. Once you’ve got a system and a process and you know, hey I don’t need to give that a second thought because it just gets handled. That actually really opens up your chance for creativity you’re creating space. And it’s the same for business owners as it is for team members.

And I’ve worked with loads of different businesses, I think that what ends up happening is people think about systemisation in terms of McDonald’s cause that is the poster child of a systemised business.

And people think about you know, 15 year olds learning how to flip burgers and they manage everything to this super super micro level. Now if you’re flipping burgers and you’re starting this global chain of hamburger shops then maybe you need to go down to that level, but if you’ve got a professional services type business and you’re hiring quite highly qualified individuals, what you actually want to do is you set up, it’s almost like guardrails and a framework and certain things that need to happen to a certain standard.

But you also give space for that creativity so, you know, if you’re looking for, let’s say you deliver a product or service that’s highly creative like maybe you build websites and and obviously every website is going to be uniquely different, and there’s design elements and all those sorts of things. You still systemize everything around the web building process without necessarily having to systemize the artistic component.

But you still need to systemize how the project is set up and what stages you go through, and at what point does the client give feedback and all those sorts of things.

Stuart: You make some really good points what you were talking there about the idea of decision fatigue. Studies have actually shown that everyone does have willpower fatigue so in other words they can’t keep pushing themselves and making decisions, and sort of keeping themselves on that sort of straight and narrow path so to speak.

They can’t just keep doing that forever. You get to a point where your willpower does sort of burnout, and when you think about decision-making, like you say, if you’re working in the minutia and all the details and every time you’ve gotta make a decision about what do I do next, is this best or is that best you know having that system free’s up the team to actually produce better quality work. So that’s the way you’re seeing it.

Dave: So it’ll be certain areas, certain areas will require more creativity than others. Like we used the example before of designing a website. Components of that need to happen in a systematic function, whereas other parts might have more of an artistic… so it’s about understanding the product or service that you’re delivering and understanding which parts should be well systemised. So that’s part of it, and the other part is especially when you’re getting started, the way that I like to think about it is, think about who on the team is doing the role and how often there might be turnover in that role, and that might also help to dictate the level of detail that you need to go into for a system or process.

You don’t necessarily want to heavily over document something that’s very creative. Maybe you create more of a guideline and some checklists so they operate within a certain field, as opposed to being all over, you know every single direction and everything’s not consistent at all. But you still want to give them that framework to work in.

So I think a big part of of creating this culture in the company of systems is also to help them to understand that the systems are there to benefit them. For them to know what’s expected and how they can excel in their role and encourage them that you know you’ve got a constant never-ending desire to improve these systems and processes, so you can make suggestions on how things get improved. That’s not necessarily that you know, once a system is designed we’re going to do it like that forever. So it’s really about building a culture that supports this systems thinking and help the team members to understand that this is also designed to improve their working experience.

Stuart: Yeah OK. You were mentioning there like helping business owner, or within the business they should be looking at which processes might be most important, and also who’s doing what sort of roles, and to what level of systemisation you might need. And also from what you’re saying there it sounds like there should be some sort of review structure, or there should be sort of a meeting held from time to time within the business to fine tune those systems that are in place.

So as you say it’s really not a set-and-forget, it’s really, well we have a system but how can we tweak it. So that really means, what I’m hearing from that anyway, is that the business should have a process in place, like there should be, whether it’s part of a team meeting like a regular team meeting, or whether there’s another structure in place to review those systems from time to time. To me that sounds like it should be an important part of the process.

Dave: Yeah and it will depend on what the process is, some things you might not need as higher frequency, some things might just be they get reviewed, often times a great time for review is when you’ve got a new team member starting because they’re looking at something for the first time with fresh eyes and they’ll be working alongside a senior team member, and that relationship between the two of them and getting the feedback on how did you go, where did you get stuck, that can help to improve a system and make it even more robust. But you’re right, if you want to have real breakthroughs, like that’ll get you incremental improvements, but if you’re looking for geometric growth and you want to completely rethink the way that you do something, either having that review process from the senior team leaders were you might completely re-engineer a process.

Stuart: OK excellent. Well it’s been great getting some of those insights and learning how businesses can be more effective and sort of foster creativity within the business whilst still using systems. So Dave Jenyns from systemHUB thank you. 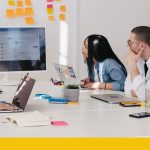 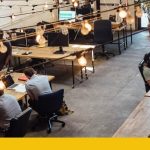 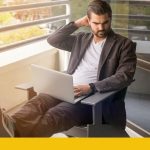