“I just wish my managers would manage!”

Have you heard that before? Or maybe even said it yourself?

It’s no surprise that as a business grows you have to rely on your managers more and more to make things happen.

But often managers aren’t equipped to do the serious work you expect of them.

Let me explain two situations I’ve discussed with senior executives (in owner and General Manager roles) about how their managers aren’t really equipped to manage. But it’s not entirely the managers fault.

Managers get promoted but not trained

Yes, the managers have been promoted into a management role because they were great at their previous role. Plus they have relevant domain-specific knowledge that is valuable and critical to what the business does.

But no, they have never been assessed as a manager and haven’t been given any training as a manager.

Like so many managers before them they have been thrust into management positions on the blind expectation they can carry it out.

You may have heard the phrase “managers rise to the level of their incompetence”, and that comes from the management concept known as The Peter Principle (named after the person who originated the idea, Laurence J. Peter).

The selection of a candidate for a position is based on the candidate’s performance in their current role, rather than on abilities relevant to the intended role. Thus, employees only stop being promoted once they can no longer perform effectively, and therefore managers rise to the level of their incompetence.

So, guess what happened to the managers I was discussing with my clients?

They are having challenges managing their team. And that is affecting results and morale.

In a hurry? Jump to the action points below

This person has a long history with the business. He has been very successful at building relationships with customers over a few decades and naturally assumed the role of Sales Manager after other company changes made it possible.

However, his management style is very relaxed and laissez-faire with little direction for his team and rarely holding team members accountable for their actions and results (or lack thereof).

In his defence, he recognises his casual management style is probably a reaction to the heavy handed management styles he experienced first-hand under previous CEO’s in the company. He doesn’t want to follow the same path of blaming people and being confrontational. So he does the opposite.

This fellow is younger than many of the individuals that report to him. And his team are often working on-site (out of the office), meaning communication is somewhat restricted and it can be awkward to address complex issues over the phone.

He has been promoted to the role due to his excellent workmanship, knowledge and organisational capability. However his only previous exposure to “management” was working under his older brother who had a very authoritarian management style, always looking to lay down the law to his workers.

Consequently, this manager was unsure about how to address performance shortfalls or issues of poor planning by his team. The only thing he knew was that he didn’t want to be authoritarian like his brother. As a result, he avoided confronting those who reported to him. He let issues brew until there was no other option but to say something. And then the issue was so much more difficult to address than it should have been.

The good news in both these examples is the individual managers have come to see, with the support of individual coaching sessions, how they can:

Importantly, their bosses can see the improvement in their performance and the managers are much happier in their roles.

In years gone by managing was much easier. Everyone had clearly defined roles. You knew where the boundaries were.

Decisions were made by managers, and the orders were carried out by the workers. The workplace functioned much like a military command and control structure.

Sure, history shows that at times those old-school managers pushed too hard, were unfair to employees, and didn’t really focus on the well-being of their workers.

Each subsequent generation wants/expects/strives for a bit more than what their parents had.

These days it seems as if many managers are confused into management paralysis. Not sure what to stand for. Scared of making decisions.

It’s no wonder managers get confused about where the line is drawn and how, when (and even if) they should make a decision.

In some ways it can seem like managers don’t have a role any more. Or at best they should step back and let their team manage themselves.

After all, employees these days are all capable, competent, and self-directed individuals.

The reality is that at work people still:

Yes, managers still have a vital role to play. For both the business and their individual team members.

Let’s be honest. As a manager not every decision you make will be ‘right’. There is often ambiguity, a variety of expectations, the impact of timing, and interpersonal differences that you can never fully remove from the decision-making process.

5 ways to help your managers to be the best they can be:

If you would like to discuss options for helping your managers to be the best they can be, and in the process reduce your own stress and help the business to reach it’s potential request a complimentary discovery call. 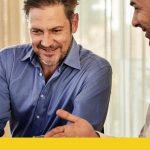 It was great to receive this feedback after a recent sales training program, the first part conducted as a remote training session and the second part as an in-person workshop in Melbourne: Hey Stuart! Just thought I’d send across a quick message and give you an update. Both Andrew and I have used your SOX […] 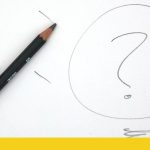 After working with numerous companies to help them identify the best path for their strategic planning process, it has become apparent that organisations usually fall into one of two categories when it comes to how they approach strategic planning, and what they expect from it. Upon further reflection of the two approaches it’s helpful to […] 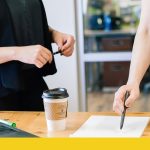 Have you ever heard the saying, “The customer is always right”? It makes sense, doesn’t it. The customer is the person who ultimately pays your bills. Without customers – or clients – any business will grind to a stop. But clients are not always right Sometimes they ask for something we cannot or should not […]